Universal Robots is the creator of the UR and URe series of cobots. These are one of the first cobots on the market and also one of the most widespread collaborative robot arms. Universal Robots is a Danish company, which, like so many other robotics companies, has its headquarters in the Odense robot hub.

UR CB3 and URe series

The UR cobots are programmed via a supplied teach pendant and uses a graphical user interface. Like other cobot brands, the UR cobots can also be programmed through manual guidance. This is done via a button on the back of the teach pendant that must be kept depressed, so you only have one hand available for manipulating the robot arm. 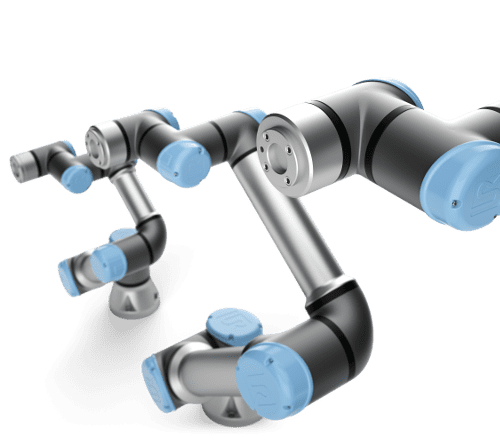